Europe breathed a sigh of relief when President Biden said “America is back” after four years of President Trump. This message was warmly received in NATO’s Brussels HQ, after his predecessor spent four years openly challenging the relevance of the alliance. The 2021 summit ended with a joint communiqué that not only reaffirms U.S. commitment to NATO but renews its mandate through 2030 and beyond.

Concerns regarding NATO’s relevance have been allayed with the strong vision for NATO’s future outlined at the end of the summit. Arguably, this summit represented one of the greatest displays of transatlantic unity since 9/11, with more ambition and foresight on display, a direct result of the profound introspection taking place within the alliance. The last NATO Summit in December 2019 in London tasked the Secretary General with defining the agenda of the alliance through 2030. An independent Reflection Group report offered useful suggestions, even as the Secretary General conducted his own consultations.

The clear-eyed commitment to the alliance issued at the end of the summit focused on tangible, practical next steps for allies, namely on cyber defense and climate change. Cyber continues to be an area for growth in the alliance, especially in a world that is increasingly interconnected and vulnerable to disruptions. This led to the announcement of a Defense Innovation Accelerator and a NATO Innovation Fund, new vehicles to harness greater cooperation among allies when it comes to technology. This DARPA for emerging technology will allow NATO to pool resources not only to compete with China and Russia, but to outpace them. NATO Secretary Jens Stoltenberg has advocated for NATO to play a larger role in climate security in recent years, linking climate change with NATO’s mandate. This ranges from the impact of extreme weather and reducing the carbon footprint of NATO’s military forces to the effect of rising sea levels on critical infrastructure in places such as Norfolk and Rotterdam. At the summit this was reaffirmed with more vigor than ever before demonstrating the profound shift that has occurred both in Europe and, to a lesser extent, the United States in the last several years.  In the 2019 communiqué there was not even one mention of climate change.

The alliance committed to review and update the Strategic Concept, a document that outlines NATO’s “enduring purpose and nature, and its fundamental security tasks.” The last time this document was updated was in 2010, with both sides of the Atlantic hesitant to open discussions about the future of the alliance. This summit seized on this inflection point for the alliance to redefine and reinvigorate itself. With its operation in Afghanistan winding down, an operation that has defined the alliance for two decades, and with the world reeling from an unprecedented global health crisis, NATO’s mandate has never been clearer. NATO no longer questions whether it engages in out-of-area operations, instead firmly committing to go where it must to answer the security needs of the Euro-Atlantic area. The review of the Strategic Concept will take place over the next year, with the new version of the document to be presented at the subsequent 2022 NATO Summit in Madrid.

One shortfall of the NATO Summit that will inevitably prove to be a challenge will be funding these ambitious projects. The G7 Summit in Cornwall was similarly criticized – on display was plenty of enthusiasm and ambition but not enough firm commitment to funding these initiatives. This inevitably proves to be a stumbling block when it comes to progress. Interestingly, burden sharing was a less divisive topic than in recent years, particularly as NATO economies cope with the severe consequences of the pandemic. This is in stark contrast to the 2019 communiqué, which included very specific language requiring the 2% defense investment that is disparaged in some European capitals. NATO will need to rethink this contested metric and find new ways to remain competitive in the upcoming decades, especially when it comes to Russia and China.

NATO in an Era of Global Competition

President Biden has said that a strong NATO partnership is vital for maintaining U.S. national security for the “remainder of the century.” Implied in this statement is the looming strategic rivalry between the Western allies, Russia, and China. The 2019 communiqué featured one throwaway mention of China’s increasing relevance compared to the multiple paragraphs in the 2021 communiqué dedicated to establishing NATO’s policies towards the rising power. This demonstrates a profound shift in priorities and scope for the alliance, as well as greater unity as Europe’s views on China evolve. One thing is abundantly clear from this communiqué when it comes to systemic rivalry – NATO will become the engine that mobilizes the West to address security challenges around the world.

In sharp contrast with the outcome of the G7 Summit, and likely the June 15 EU Summit, the NATO communiqué took on a less outwardly combative tone when it comes to China, while still establishing it is a systemic rival. While this is likely due to competition with China on the grounds of economic and human rights concerns, NATO has now positioned itself to take the lead when it comes to addressing the security implications of climate change. NATO restated its readiness to counter cyber, hybrid, and other asymmetric threats, including disinformation campaigns, potentially bringing the bloc into direct opposition to China in new and profound ways.

Russia is mentioned more prominently in the communiqué, understandable given the history of the alliance and its geographic proximity. NATO upheld its hardline approach outlined in the 2014 Wales Summit after its invasion of Crimea, maintaining that there will be no “business as usual” so long as Russia acts in abrogation of international law and obligations. Importantly, the communiqué addressed the recent build-up of Russian troops along the border with Ukraine and the instability this brings to the Euro-Atlantic area. Russia’s material breach of the Intermediate-range Nuclear Forces (INF) Treaty demonstrates the persistent threat of Russia’s nuclear arsenal.

Ultimately, the NATO Summit served as a reminder of the significance of the NATO alliance to ensuring the security of the 30-nation bloc and its combined one billion citizens. The 2021 communiqué clocked in at 79 paragraphs, compared to the 2019 communiqué of 9 paragraphs – this represents a profound renewal of both NATO’s purpose and sustainability as a forum for the West. The clarity and precision of NATO’s mandate will only grow in strength as the alliance reviews its Strategic Concept document over the next year, demonstrating NATO is the truly indispensable alliance. 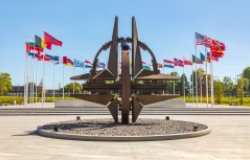 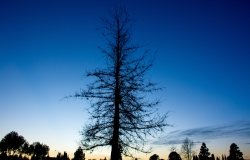 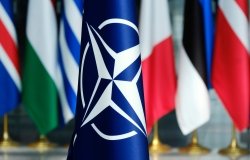 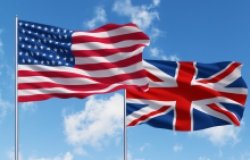 Article
U.S. Foreign Policy
Consequences for the UK in a Biden-led USA
By Diana Villiers Negroponte on November 24, 2020 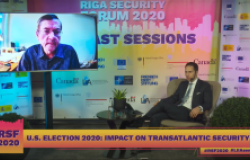 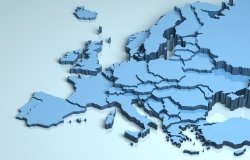 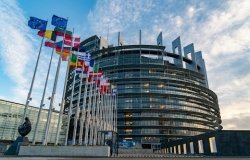 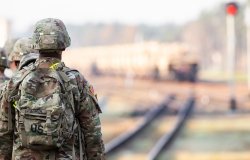 Article
History
Call for Papers - NATO: Past and Present
July 11, 2019