Skip to main content
Get Updates
Explore More
Close
Publication
Trade and Development
First Resort: An Agenda for the United States and the European Union
Share on FacebookShare on TwitterShare via Email
SharePrint
Part of the TransAtlantic Series
Article 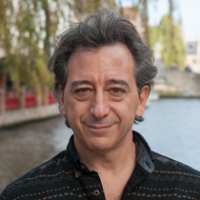 This article is part of a series of papers that resulted in the new report:
First Resort: An Agenda for the United States and the European Union

The past decade has been akin to a roller-coaster ride for EU-US relations. The launch of the Transatlantic Trade and Investment Partnership in 2013, arguably the peak of the two superpowers’ willingness to cooperate and integrate their economies, ended up in a stalemate already in 2016, and hit a wall when the Trump administration took office. The ongoing Brexit process (hailed by Donald Trump as a “great victory”) seems to have further undermined the solidity of a relationship that was for seven decades the main pillar of the post-World War II international order. And the COVID-19 pandemic seems to be further challenging a relationship that is seen as ”already damaged” (Brattberg 2020). At the same time, towards the end of 2020 the need for a new transatlantic agenda was highlighted by several leaders, including the President of the European Commission Ursula Von der Leyen and US State Secretary Mike Pompeo. The election of Joe Biden is likely to bring new lymph to the relationship between the two powers: the President of the European Commission Ursula von der Leyen welcomed the result of the election and stated the willingness to intensify cooperation, i.a. on “promoting a digital transformation that benefits people”. On 2 December 2020, a series of proposals for “a new transatlantic agenda for global change” was published by the European Commission in a Joint Communication with the High Representative for Foreign Affairs and Security Policy (hereinafter, the “Joint Communication”), containing concrete proposals: to establish a new EU-US Trade and Technology Council; to create a specific dialogue on the responsibility of online platforms and Big Tech; to work together on fair taxation and market distortions; and to develop a common approach to critical technologies including Artificial Intelligence, data flows, and cooperation on regulation and standards.

In reality, agreement on these proposals will depend on the convergence of interests between the two blocs. As a matter of fact, nowhere are the ups and downs of transatlantic relations more visible than in digital innovation and policy. Over the past decade, transatlantic relations have navigated difficult waters due to divergences in important policy domains such as data protection and antitrust law; the debate on the web tax and the ex ante regulation of digital platforms; difficulties over the US ban on Huawei, which European countries decided to only partly emulate; and Europe’s ambition to strengthen its technological sovereignty, which aims i.a. to reduce Europe’s dependence on large US-based cloud operators. European politicians often lamented that Europe has become a “digital colony” of the US, mostly thanks to the widespread presence of American tech giants in the continent.

The technology stack: no country can “go it alone”

An appropriate way to look at the terrain of US-EU cooperation is to observe the full digital technology stack, as depicted in the figure below.

Internet experts have traditionally considered the digital ecosystem to comprise four main layers: (i) a physical layer, which includes connectivity (wireline and wireless, including 5G and other emerging protocols), computing capacity, semiconductors and connected devices, also defined as the Internet of Things (IoT); (ii) a logical layer, which contains the main protocols for data flows and exchanges, as well as digital authentication and verification protocols; (iii) a platform layer, which includes B2C but also B2B and G2C platforms supporting applications; and (iv) an application layer, in which services and products are provided to end users in a way that is compatible with the underlying platforms. These layers are evolving with a growing level of complexity: the physical layer is enriched by a variety of connectivity options and the blossoming Edge/IoT layer; the platform layer is becoming less predominant and is increasingly flanked by coordinated data spaces, especially for industrial and government use cases; the application layer is increasingly rich and dependent on the underlying platforms; and the logical layer is increasingly incorporating legal and semantic interoperability, as well as digital authentication and verification protocols. Importantly, in this context Artificial Intelligence is not a layer, but rather a set of techniques that permeate all the layers of the technology stack.

When looking at the full technology stack, it emerges clearly that at present no superpower can claim to be self-sufficient. China currently does not have the capacity to produce state-of-the-art semiconductors and is in fact dependent on advanced chips from the US. Other than this, China appears rather self-sufficient in the provision of infrastructure, platforms, and applications, and runs its own “great firewall”, de facto altering the openness of the Internet on its own territory. At the same time, the US, traditionally a leader on digital technology, appears to significantly lag behind both the EU and China in a specific area, 5G, which is key for future applications of AI, both in the consumer and in the industrial domain. In this context, Europe lacks well-developed platforms, and is dependent on other countries for semiconductors, as well as (partly) for 5G connectivity.

The lack of self-sufficiency of all players offers an interesting perspective on on-going strategies in the broader digital space. Thus, if the US prioritised actions aimed at slowing down China’s rise in this domain, for example by banning Huawei from the US market (and beyond), this would come with a cost in terms of a delayed rollout of 5G at the domestic level. These restrictions are also bound to have a negative impact on US semiconductor firms, many of which make large revenues in the Chinese market (Ernst 2020). And in turn, they would harm the technological environment in which future AI applications are emerging. Accordingly, full-fledged technological sovereignty does not seem to be a suitable option for the US in the broader technology space. Similarly, pursuing full technological sovereignty would condemn Europe to a significant slowdown in the digital transformation. Not only have many European Member States accumulated delays in deploying both fixed and mobile infrastructure; Europe also lacks large-scale digital platforms and is home to a small, albeit vibrant, application economy compared to the US and China. And even in 5G, despite the fact that Nokia and Ericsson hold significant shares of the essential patents, technological complementarity is such that Europe appears far from independent: for example, in Germany mobile operators recently estimated that the exclusion of Huawei from 5G deployment would cost an additional 50 billion and cause significant delays.

The analysis of the technology stack unveils important opportunities in terms of exploiting complementarities to achieve self-sufficiency, or even transatlantic autonomy. The most evident of these complementarities is given by Europe’s relative underdevelopment in the higher layers (AI, platforms) of the stack, and stronger positioning in key parts of the lower layer (5G) compared to the US. In principle, the United States could offer its European counterparts enhanced access to its domestic 5G market, in exchange for more cooperation, and perhaps regulatory convergence, on the side of platforms and AI. Rational players would probably consider this cooperation to be Pareto-efficient. And indeed, recent events, from declarations of interest by the US in investing in Nokia or Ericsson to European Commission Vice President Vestager’s call for transatlantic convergence in platform regulation, broadly support this view.

Against this backdrop, key areas for enhanced cooperation could include the following:

All these areas are potential candidates for a stronger and more coordinated transatlantic economy. A window of opportunity seems to exist after the US elections, also due to the emerging awareness of the need to strengthen the regulatory framework to ensure that digital technologies continue to provide a positive contribution to the economy, society, and the environment. Time will tell whether the diverging starting points, and the different “BATNAs” (“best alternative to the negotiated agreement”) of the US and the EU in this space will stand in the way of an otherwise fruitful season of cooperation. 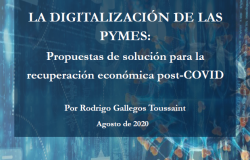 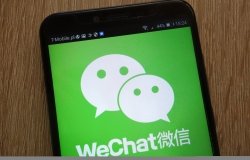 External link
Great Power Competition
Who Bears the Cost of a WeChat Ban? 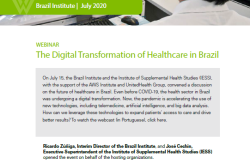 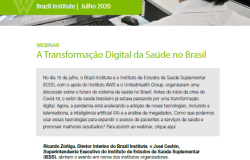 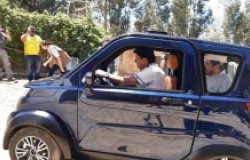 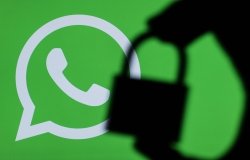 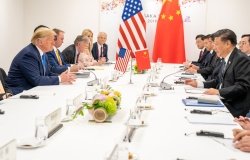